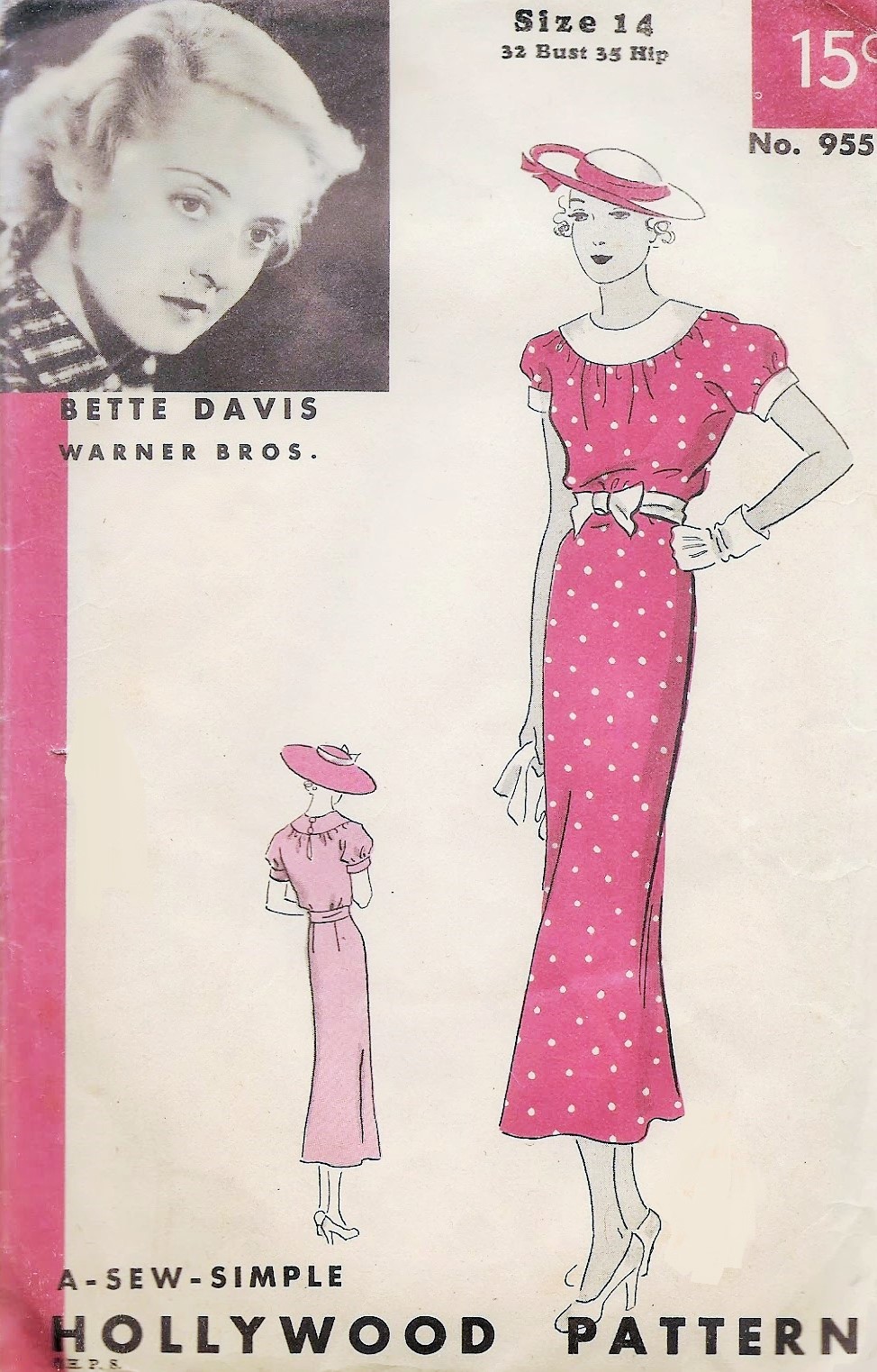 Today I was looking at some of my files and found this article I wrote in 2009 for a publication. Thought you might find interesting! 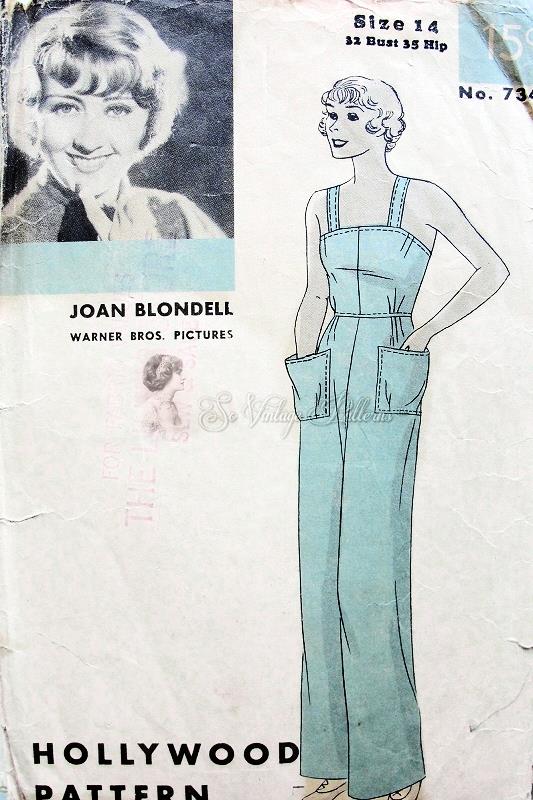 Vintage 1930s and 40s Hollywood Patterns
Rare vintage sewing patterns from 1930s-’40s by the Hollywood Pattern Company features famous movie stars. These vintage patterns are a treasure trove for the designer or collector.
Hollywood has always been a trendsetter; it helped launch fashion trends from a movie or the red carpet. Fashionistas have always tried to copy the look of their favorite movie star. In the 1930s a clothing pattern company launched its Hollywood Patterns, cashing in the public hunger to have that Hollywood movie star look.
Thus the Hollywood Pattern Company flourished, each sewing pattern featuring the hot movie stars of the day with such famous faces gracing the pattern covers as Kay Francis, Claudette Colbert, Irene Dunn, Ginger Rogers, Carole Lombard, Gloria Stuart (who played the 101-year-old Rose in the movie Titanic), just to mention a few of the important stars. But it also helped launch the careers of many starlets such as a very young Bette Davis, Lucille Ball, Olivia De Haviland, even Gypsy Rose Lee the famous burlesque queen’s younger sister June Havoc.
The fashions were taken from the famous and popular movies of the day, everything from day dresses, evening gowns to beach wear, tennis outfits to the Katharine Hepburn wide trousers to aprons. A gem for the collector is finding the Vivienne Leigh ‘Scarlett’ pattern with an evening gown from Gone With The Wind, any with Lucille Ball for the I Love Lucy collectors and Joan Bennett for the Dark Shadows fans.
The Hollywood Patterns are a treasure trove for the designer, inspiring designs for today’s fashion. Even the lingerie patterns are perfect for today’s evening wear given the fabulous Art Deco styles and figure flattering biased cut night gowns.
The early patterns were very Art Deco in style with beautiful collars and cuff details, the later patterns from the wartime years had many fabulous Swing Time fashions with sweetheart necklines, sailor motifs and of course the wonderful wide-legged pants. With wartime fabric conservation, the skirts got slightly shorter and less full, the suits displayed the impact of the WWII.
The company produced patterns from aprons to lingerie to glamorous evening gowns to the every day clothing but with a classy Hollywood twist; Hollywood patterns were never ordinary in style, ensuring a unique interesting style.
The Hollywood Pattern Company also featured adorable children’s patterns. The company seemed to stop production just after the Second World War, about 1947. Because of its short life span these vintage sewing patterns are avidly sought after by the collector of vintage patterns and also by the movie star Hollywood memorabilia collector – and designers love Hollywood patterns for their strong styles, which one can see the influence in today’s fashions.
At sovintagepatterns.com you will find a beautiful ever-changing selection of true vintage Hollywood patterns. For wonderful examples, visit http://www.sovintagepatterns.com VINTAGE MOVIE STAR PATTERNS  Who knows – you just might be inspired to sew one of these fashionable vintage styles!
Previous Post
Next Post

Helen White
Thank you for the wonderful historical account of the Hollywood Parrern Company. I am sure Mother used these patterns. She was an exquisite seamstress and designer in her own right. What a marvelous site to wake up to this morning. Happy to wake up This particular morning, as 57 years ago my Mother and I had just arrived at the Mayo Clinicin Rochester, Mn where I was to undergo a serious and possibly fatal Open heart . Not many survuvors im those days, as my consulting MD ar Mayo said to me, following surgery, "Helen, these arę considered the 'Pionner Days' od opeh Harry surgery. I was only 17 ar the time, and you must know how blessed I feel afterparty 57 years! Thank you for your delightful site .Have a great week and to all Mothers at your place a very Happy Morher's Day.
Top
Quick View